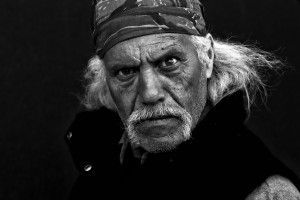 It was a slow burn.

I was having a great time hitting with my good friend one Saturday afternoon.

We were ripping cross court forehands, down the line backhands, and having so much fun doing it.

It ended a very different way.

It came time, like it usually does, to play a set.

Isn’t it interesting how there can be a totally different feeling in the air when those words come out?

Like a scene change in a great movie, the lighting seems to flicker, emotions run high, and characters develop.

The match started out blistering. We were each hammering our serves. He was attacking with his groundstrokes, and me with my transition/volley game.

It started looking like this was one of the best matches we had ever had with each other.

Then we entered the 9th game, tied 4 a piece, with him serving at break point.

The point started out with a bullet of a serve into my body that I defensively deflected into the middle of the court. He followed it up with a deep cross court forehand that I lunged to retrieve with a high, looping lob. He was in complete control of the point, and I was scrambling to stay in it. He then hit a short angle to my backhand side. As I chipped it back, he hit a lob over my head that I sprinted back towards the baseline for, and after hitting a solid forehand down the line, my friend missed into the net because he stopped moving his feet.

What followed was right out of a John McEnroe episode.

He started screaming at himself louder than a baby who didn’t get the toy at the checkout stand.

His racket was next. He raised it above his head, and in two motions shattered it completely.

In the midst of his rampage, he went back to grab another racket, and after he smashed his second racket, he said “I give up, I quit.”

He sheepishly walked off the court, said “I’m sorry dude… I just get so frustrated with myself.”

Looking back on it, it wasn’t that he was losing. It’s that he stopped trying.

After I retrieved his lob, he lost focus, and stopped trying.

I had won with sheer effort, and he had lost with a lack of effort.

It was then obvious to me that sometimes, it doesn’t matter who’s got a better game, or better strokes, or even better tactics.

It’s all about competition, and trying your hardest every point.

Effort can win you more points than hundreds of lessons, because it requires no talent.

If you decide to compete every single point, not only will you win more matches, you’ll feel a lot better about yourself.

So, get out there, give it your all and have fun! You’ll save hundreds in broken rackets, and win more matches!

P.S. Has something like this happened to you, either way? I’d love to hear your story.