Tennis Serve Drill | Catch and Release
https://www.youtube.com/watch?v=79E4RbCv6xE
Ok, so I call this one catch and release, and this drill is one o the most awesome drills I’ve seen for getting the coordination on your serve down to a science, really… and here’s how it works.
Before we get started though, I want you to understand one position and that’s what is commonly referred to as the trophy position. Because all of those tennis trophies you see have this pose on them.
Basically, we’ve got our tossing arm up our hitting arm is comfortably away from the body with our arm parallel to the ground. Also notice how my hitting arm’s wrist is rounded… my palm is actually facing downward, this is key because it’s going to allow us to snap our wrists and avoid “pushing” the ball.
I highly highly highly recommend the continental grip IF you truly want to develop your serve into a weapon, the frying pan grip is mostly for making eggs.
Now as a disclaimer, this is NOT how your trophy position will look as your serve gets more and more advanced, because of the coiling action that takes place… you’ll necessarily have a little more of a slope in your shoulders and more tension in the body during the loading or coiling phase and we’ll talk about that in a future video.
Now, knowing this position, here’s what we’re going to do to really get your coordination going.  We’re going to toss the ball up and simultaneously begin moving your hitting arm into the trophy position.  Then leaving our hitting arm in the trophy position, we’re going to catch the ball with our tossing hand.
The simplest way to think about this is if you have two tennis balls in your hands and you’re simulating the movement, the two balls will stay on the same level up to about eye level or so.  There are different rhythms and different timings, it’s not one size fits all but this is a SIMPLE way to think about it.
So now with the racket again, we’re coordinating the toss with the backswing into the trophy position and e’re just catching the ball.
Now the toss is the single most important element of developing a consistent serve and if you need help with your toss, if your toss is all over the ballpark, I Have a couple videos on the toss on my channel that you can check out that can help you clean that up. You shouldn’t have to be chasing the ball when you toss it… in fact, it should pretty much land back in your hand.
Next thing you’re going to want to do, is repeat that process, toss the ball while moving into the trophy position, catch the ball only this time, you’re going to toss the ball up again, and instead of catching it, you’re just going to go ahead and hit the ball like this.
So we toss the ball up as we bring our hitting arm into the trophy position, catch the ball, leave that hitting arm int he trophy position toss the ball up again, and whack the ball.  Whack being a technical term… that I am now officially trademarking.
After you’ve done this a few times, go ahead and try your full serve without the catch in the middle… and you’ll find your coordination has improved dramatically 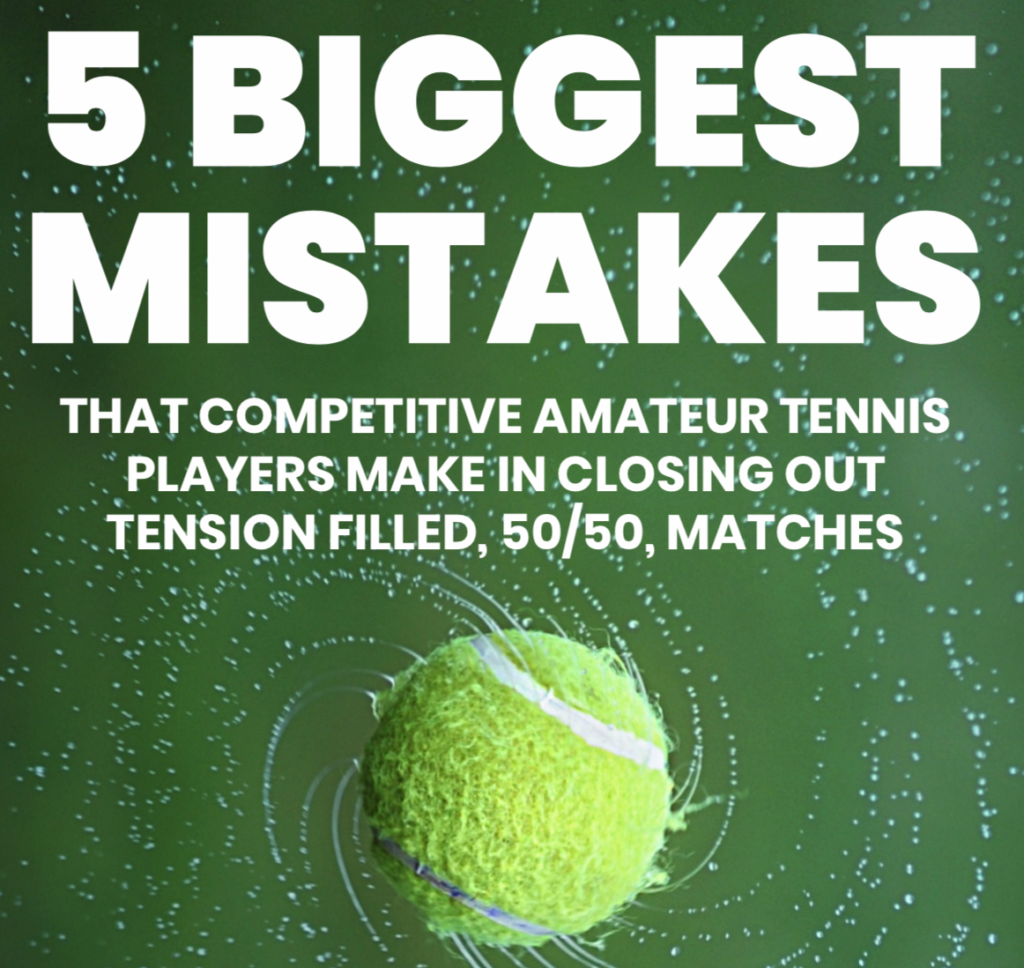