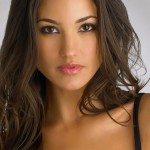 Pick up and tennis!

In my single days, I did what most single 20 somethings guys do.  I chased women, along with several of my other single male friends.

There were many nights at the bars/clubs in LA, and many afternoons at starbucks socializing and getting to know girls I liked.

As a result, I started becoming aware of how other guys talked to girls as well.

Stay with me here, we’re getting into tennis.

Watching guys approach women at bars was fascinating.  There were varying degrees of effectiveness, but basically you had 3 levels:

1.  Those who had no clue how to talk to women.

2.  Those that thought they knew how to talk to women.

3.  Those that knew how to talk to women.

Of course, all 3 categories of guys displayed varying degrees of skills within them.

The guys who had no clue typically didn’t even try.  And if they did, they would not allow themselves to be caught “not knowing what to say”.  These guys were typically looking for excuses as to why it wasn’t going well for them that night.

Then, there were guys who didn’t know that they didn’t know.  These guys spent a lot of time talking about how much money they had or how important they were.  Their hope was typically that they would “get lucky”.

And the successful guys were generally very interesting, engaging, playful, and challenging towards women.  They often seemed like they weren’t trying at all… yet they were the ones who secretly practiced the MOST.

What was really interesting, though was the fact that some of the guys in each of these three categories ended up with women on their arms some nights.

So, what were the commonalities between these guys?

If you are funny, you focused on making her laugh.  If you’re mostly shy, you played aloof (while still piquing her interest), if you are aggressive, you tried to show her your “manliness” and reach her on more of a primal level.  One night, a friend of mine pretended to be Tarzan, and he was having so much fun, the girls loved being around him. He was naturally a very “manly” man, so it worked for him.

The point is, the guys who are successful had a plan of sorts.  They tended to play to their strengths, and if it clearly wasn’t working, they’d change their approach.

The best were adaptable.

Tennis is similar in a lot of ways.

Second, it’s better to have a strategic plan than not (and it should be based on who YOU are as a player, and what your skill level is).

For example, if your cross court forehand is your best shot, and you know it’s your opponents weaker side, you might want to consider hitting the ball there early and often.

Or, if you have a huge serve, you might think a lot about getting into the net, or setting up a 1-2 punch.

If you are playing someone slow, make them run.

If you’re playing someone big, you might consider going at their body, or making them move around a lot.

Does this make sense?

Speaking VERY generally, play your strengths to your opponents weaknesses whenever possible.

Also, change a losing formula, but keep a winning one.

If you’re up 5-0 because she can’t hit your kick serve to save her life, then KEEP doing it!

However, if a normally successful pattern of play for you isn’t working, by all means, switch it up!

This email has turned into a bit of a rant, but I hope you see the connection.  Having the courage to play your BEST game (we’ll define this soon), and having a strategic plan of attack, can go a long way for your tennis game.

In fact, if you have a superior plan to somebody of similar technique (even if your opponents technique is slightly better), you will win more often than not.

Stay tuned because I’m going to share a game changing video tip with you very soon.

Have a great day!